This winery is a clear example and defender of the typicity of the Rueda Appelation of Origin. This winery’s philosophy is focused on the aromatic wines with a strong personality in the mouth. They aim for a good balance between fat and freshness that leaves the characteristic bitter taste of the Verd. Garcigrande began its winemaking approach in DO Rueda from the perspective of organic and sustainable vineyards.

Cuatro Rayas
Located in Rueda. Sandy soil on layers of clay and quartzite. Trellis plantations. 750 m altitude. 12 ha. of verdejo. These grapes produce musts with aromas of green tea and camomile, which are later transformed into tropical notes in the wines. Wines: Garci Grande Verdejo 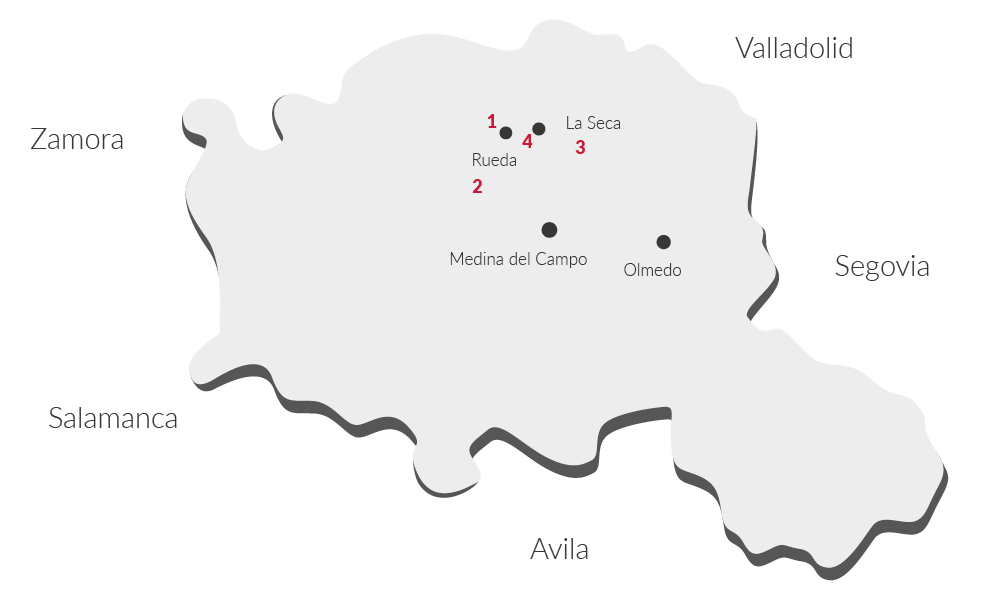 Agricultural Engineer UPMadrid (1998-2004) and Master in Viticulture and Enology (2005), since 2004 he started in the winery of Ribera, has developed within the company in Rueda (2005 and 2009) and in Ribera del Duero (2004, 2005 and 2006), since 2007 with the purchase of the Rioja winery it assumes the technical responsibility controlling and managing all the phases from the field to the bottle, getting involved and traveling to support the commercialization process.

He considers himself a person of restless and dynamic nature, so he immediately became fully involved in the project, making the wines his own and trying to make a different Rioja, began to develop new products, experimenting with new techniques and elaborations. Convinced that good wine is part of the quality of the grape, has devoted these years to reinterpret our vineyard, leaving on the way grape from the area around the winery to get to link with traditional winemakers but wanting to do different things , respecting and selecting the grapes in the most recognized areas on both banks of the Ebro River, mainly in Rioja Alavesa.